How To: COOK our new Salmon and Asparagus Bake 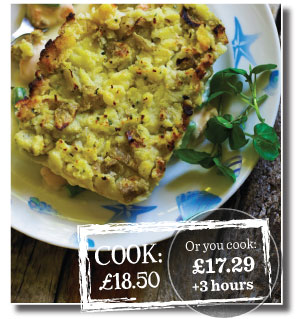 Announcing the reinvention of our Salmon & Asparagus Gratin as a very sophisticated, creamy, indulgent, posh fish pie (it is officially no longer a 'gratin' as the topping no longer has cheese and breadcrumbs in it - learn something new everyday eh?). Our new sauce creates a much cleaner taste with some fennel seeds to give a lovely background flavour to suit the fish and a touch of white wine in the sauce. We’re now using crushed baby potatoes on top, with plenty of butter and a sprinkling of chives. The mix of salmon and asparagus has also been adjusted to produce a much better balance of flavours (the asparagus flavour is more subtle than it was previously).

How To Make it Yourself:

How To: COOK our new Huntsman's Chicken

This is a classic and classy entertaining dish. It's incredibly fiddly and time-consuming to make at home... and with the ingredients totting up to a fairly substantial £27.68 we challenge you to make it for any less than £17.95 (for our 4 portion)!

In the new Huntsman's Chicken, the chicken breasts are stuffed (carefully by hand!) with a new duxelle recipe of porcini and chestnut mushrooms, shallot, double cream and Marsala. This is a more contemporary flavour than the previous version, which included chicken livers and breadcrumbs. The chicken breasts are now wrapped in sweet-cured bacon and each one is garnished with a fresh bayleaf, to give a lovely visual flourish. Our new sauce is a reduction of Marsala (an Italian fortified wine, similar to Port) and French Merlot wine, with porcini mushrooms and redcurrant jelly that delivers a lovely edge of sweetness. 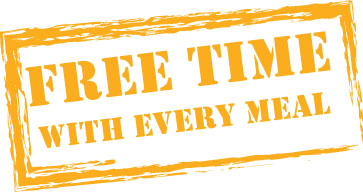 How To Make it Yourself

How To: COOK our new Beef Bourguignon 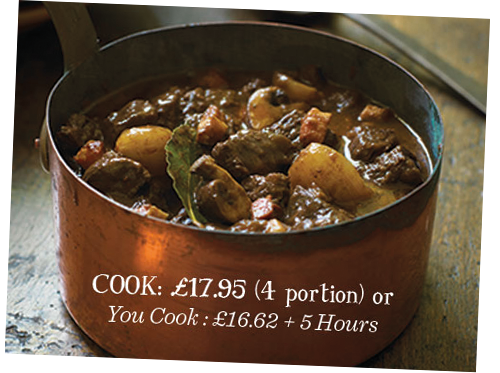 If it ain’t broke, don’t fix it. It’s as sensible a bit of homespun wisdom as you’re likely to find...which we’ve decided to ignore completely by coming up with new recipes for some of our most popular meals.  There was nothing 'wrong' with the old recipes but we felt that we could do even better. All of the improved dishes are great for entertaining friends or family this autumn. And we’ve worked out they cost about the same as buying the ingredients and making them yourself, without any need to sweat over a hot stove for hours.

So while we all like to cook up a storm every so often, if ever you find you don’t have the time to cook from scratch, rest assured that you’re not spending over the odds for a COOK meal. And we promise it will taste just like you made it yourself.

The new Beef Bourguignon recipe uses top rump steak, that eats really well when slow-cooked, smoked back bacon and we add caramelised shallots (rather than onions), that have a lovely, sweet flavour. We now use quartered chestnut mushrooms (rather than cups) which creates a more premium look and taste. A whole fresh bay leaf is used to garnish just like you would at home (one per portion). Lastly (and most importantly) we’re using a better quality wine than previously - a lovely French Merlot (...and more of it!)

How To Make It Yourself:

Our development chef Lydnsay made a delicious stir fry the other day with our Vietnamese Pork Belly. Since our barbeque meats aren't going to be around for much longer (sigh) we jumped at an excuse to eat more of it...especially in a way that doesn't require sunshine.

Once your pork belly has cooked in the oven, make a quick stir fry sauce with:

Then trim some tender stem broccoli (cutting vegetables at an angle always gives a better finish) and bring a pan of salted water to the boil.....

How To: Make a Tortilla Bowl

We've been revisiting our Simply Summer videos the past couple of weeks, possibly trying to cling onto an ever-diminishing (but ironically increasingly hot) summer season. This tortilla bowl was originally made to go with our Jerk CHicken but it would go equally well with the Caribbean One Pot, making a lunch into a light supper and the Sweet and Smoky Moroccan Chicken Bake Family Meal (which also comes with an extra portion for only £2.99).

It's tea time at the COOK Kitchen and Lauren from our food department (who is a bit of a Domestic Goddess of the Nigella variety) likes to fatten us up on Fridays. Today was no exception. If ever there was a reason to come into the office on a Friday - this is it.

These cupcakes are perfect if you're a fan of our Cranberry and Orange Sponge Pudding and have been missing it in its absence during the summer. The good news is that it will return in the winter and in the meantime you can alleviate any withdrawl symptoms with these little babies. Lauren's been persuaded to share the recipe if you're in need of an interim 'fix'... 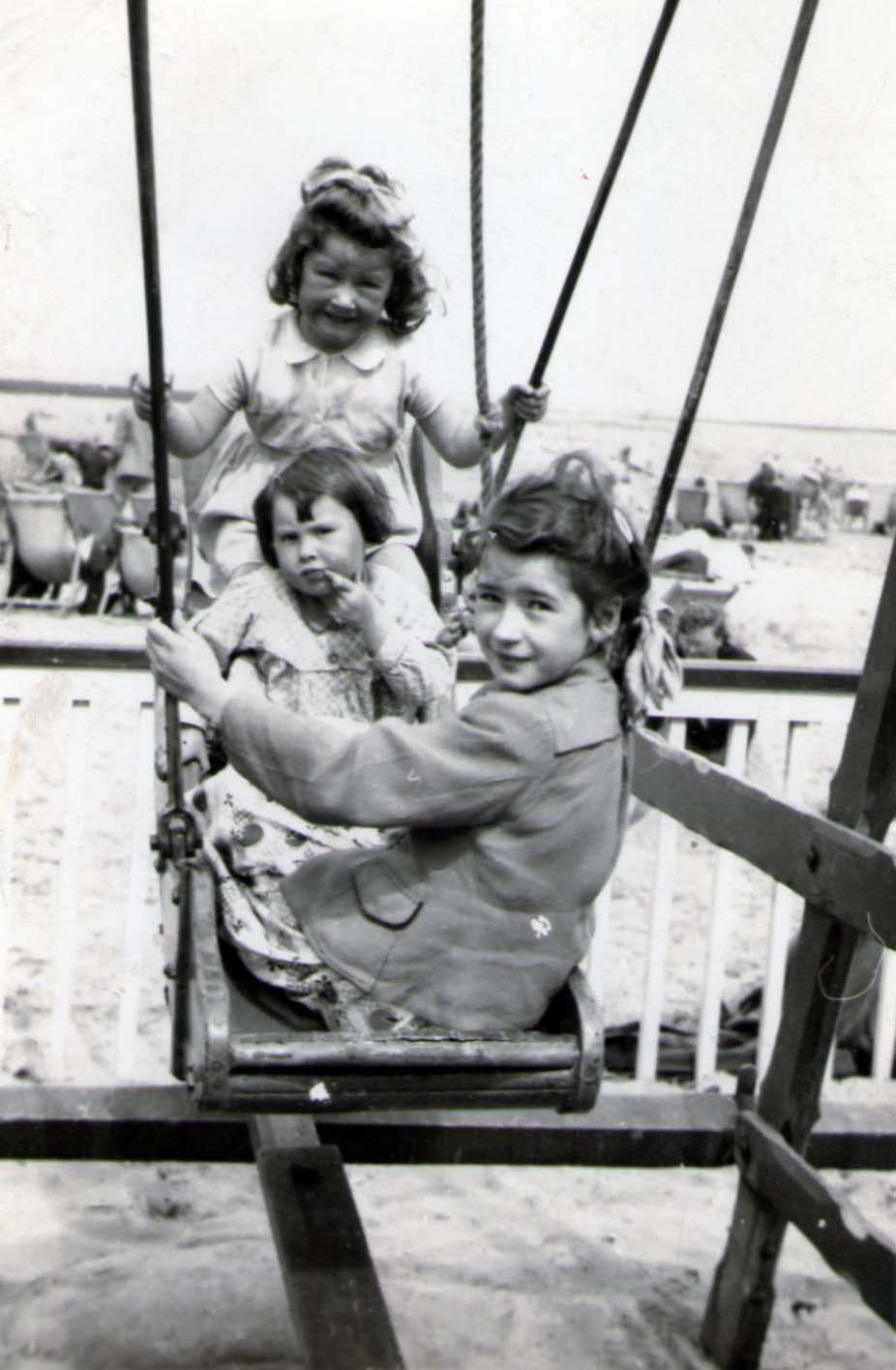 It took us quite a while to decide, but the winner of our July Summer Sharing photo competition has been announced and a gallery of the Top Ten entries can now be found on Facebook.

This month our photo competition focused on favourite snaps from your holidays. We received more than one hundred entries of memorable escapes from all across the world. Some were from recent summer holidays, but there were also glimpses of vacation memories, stories of childhood escapes, and a little nostalgia for when the kids were younger.

Usually it's our the birthdays of our wives that have a habit of creeping up on us unexpectedly (strange, as they're generally at the same time each year), but this time it's the first birthday of our little One Pots...

In our own little foodie Olympiad (otherwise known as the annual Great Taste Gold Awards run by the Guild Of Fine Food), we notched up 13 medal winners. Not quite a match for Team GB, but not bad...

Here’s our roll of honour: