What's filling you with Joy? 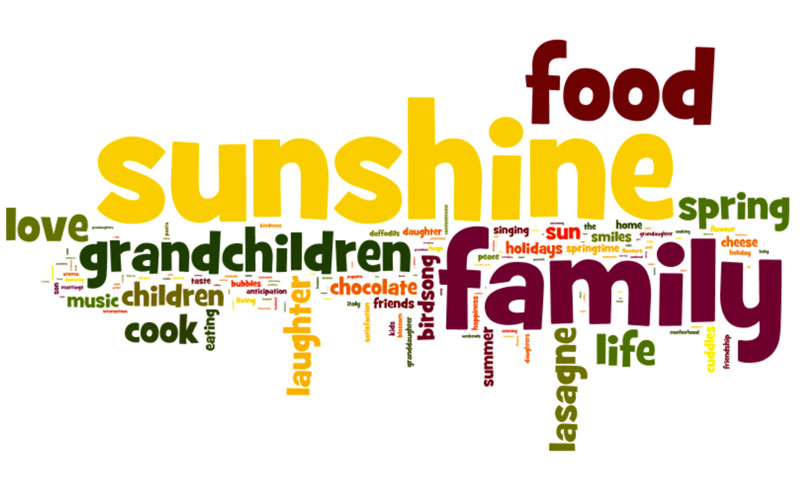 Results are in from our lasagne competition and here are the things that fill you with joy! Sunshine, family, food, grandchildren, love, spring, laughter. Sounds pretty good doesn't it? Well done to winners Angela Ferebee, Catherine Job, Catherine Selby, Karen Ridgway and Jan Barnes - we'll be in touch soon with your lovely lasagne prizes.

This recipe has been submitted by Hannah Roberts,our resident vegetarian and now vegan. It’s writtenby Anna Jones - have a look at her website if you enjoy this recipe - www.annajones.co.uk

Lasagne Lovers of the World Rejoice 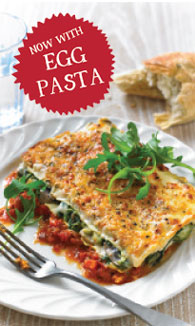 As you can see - we've been rather excited about our new lasagne. In fact we've been rejoicing about it for the past couple of weeks. 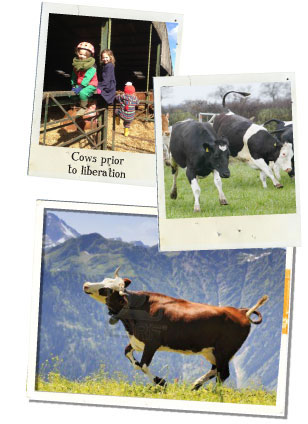 My family and I have been lucky enough to live on a farm for the past 5 years but last week I witnessed something fabulous for the very first time. The event in question was the farm’s cows being let out into the fields after four long months in their winter barn.

The bovine joy was unconfined as they galloped up and down the field, jumping and bucking their back legs – more like gamboling lambs than big, slow beasts. So, if you happen to live near a farm with cows on it, then do your soul a favour and ask the farmer nicely if you can watch next year when the cows get their freedom. Unfortunately we didn’t have a camera with us as we hadn’t expected that to happen but it was a bit like this video -  but better.... 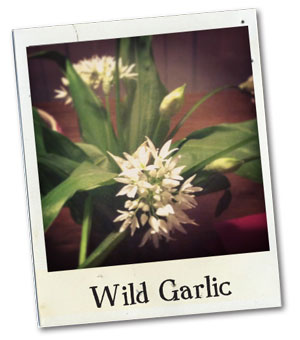 On our little camping expedition last weekend to possibly the best beach in Britain, (where we ate lamb tagine, drank warm wine and tried to fathom why it is that when you take dogs camping, they insist on sleeping on your head), we also made a new foraging discovery: wild garlic.

On a stroll to the pub one evening, we entered a shady wood and were overcome by an intense aroma. It was like being mugged by a band of unhygienic Frenchmen. The place was literally a sea of wild garlic. Lush green leaves, with little starbursts of white flowers just beginning to pop. After confirming our suspicions using the wonders of the iPhone (beware, as it transpires that wild garlic bears a passing resemblance to the poisonous Lily Of The Valley), we gathered armfuls of the stuff and retreated to our tents to cook up a storm.... 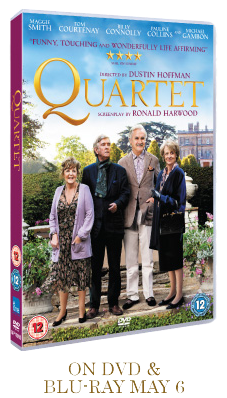 What do you get if you cross Dustin Hoffman with Dame Maggie Smith? Tootsie might be the instant response from movie buffs, but no, Quartet is the answer. It's Hoffman's first film as a director and features a veritable trove of our national treasures. As well as Dame Maggie there's a scene-stealing Billy Connolly, Pauline Collins and Tom Courtney as the aforementioned Quartet - residents of a retirement home for musicians planning to put on a concert.

The film's out on DVD now and to celebrate we've managed to nab a great prize of a VIP box at the English National Opera to watch La Boheme, as well as a stay at a five-star hotel in London for a group of four (a quartet, you see. So clever...).

And if you don't win the big prize, a runner-up will get a gourmet dinner for four courtesy of COOK.