This 'skinny' guacamole recipe is super easy to knock up of a Saturday evening - plus it forgoes the usual calorie loaded crème fraiche or yoghurt and subsitutes half the avocado with grated courgette (we're a bit obssessed with courgette at the moment) so it's uber healthy. Perfect served with crunchy veg and wholemeal pitta.

A penchant for pasta is not ideal whilst watching your waist, but there’s hope - the perfect spaghetti substitute does exist. Step forward the humble courgette. Low in calories, (approximately 15 calories per 100g), rich in vitamin c and potassium, courgettes can be fashioned into pasta-like ribbons –all you need is a peeler. Not only are you skipping spaghetti, you’re also introducing a portion of fresh veg into your diet. Phew.

Kick start any day with these fantastic scrambled eggs...

At the weekend, my culinary goddess of a friend hosted her annual (albeit a few weeks late) Christmas party. There was enough food there to feed the Olympic swimming team for days; cheesy nachos, an array of desserts and a substantial cheese board to contend with… Tensions were high.

Here Lyndsay shows us how to transform our Beef Bourguignon into a delicous one pot low calorie meal with the simple addition of some home made dumplings and kale...scrummy! 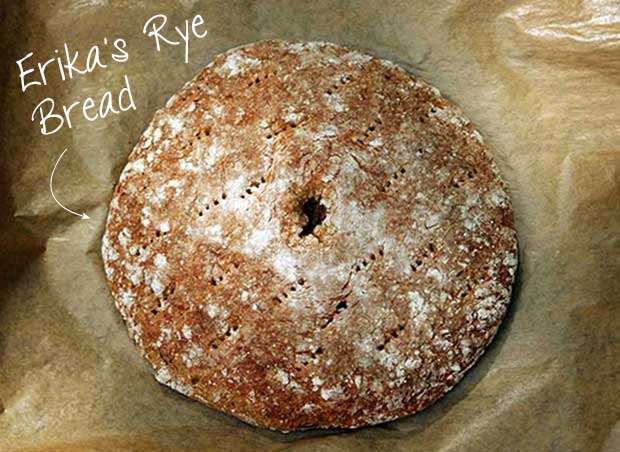 Brighten up your breakfasts with this beautiful rye bread recipe from our super Scandinavian foodie Erika.

Rye bread is lower in gluten than white bread, keeping you fuller for longer...

Pimp up your Pea Soup

The prettier a dish is, the more appetizing it is, but it's not always easy to make meals with very low calorie contents look as delicous as a currently forbidden carbonara. Here we show you how to pep up pea soup. Healthy eating can be tough sometimes, but these simple tricks really transform this dish. 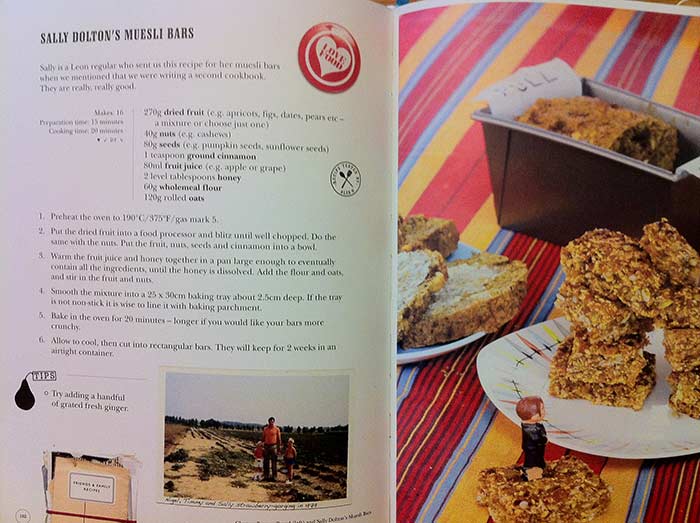 Packed full of goodness, this is a recipe from one of our friends Sally. Perfect for a weekend treat and a great example of how healthy eating doesn't always involve compromise - your family will also love these.

This recipe has been published in LEON's second cookbook with the following foreword:

“Sally is Leon regular who sent us this recipe when we mentioned that we were writing a second cookbook. They are really, really good” 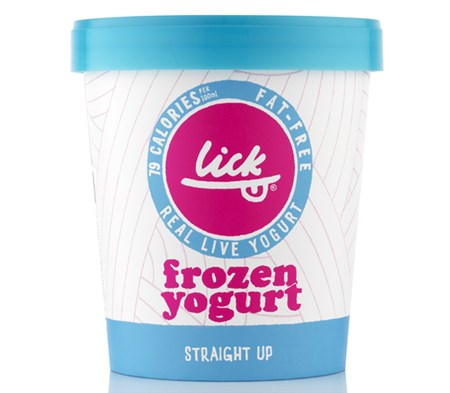 Once the sole domain of healthy californians, fro-yo, or frozen yoghurt, is now firmly embedded on these shores as a viable alternative to ice creams and sorbets. Lick were the first to open a frozen yoghurt store in the UK on the sunny shores of Brighton; it really is the best we've tasted.

Completely fat free and only 79 calories per 100ml (compared with 230 calories per 100ml of icecream*), Lick is the only fro-yo to be made with 100% yoghurt. I know, we almost don't believe it either but we've been assured it's absolutely true.

Another perfect way to turn your diet into a treat.

The most shocking thing about this experiment so far is that I'm not hungry! I thought I'd turn into some sort of ogre at around 4pm every day when I would have normally have been grazing around for a snack but towards the end of the week I haven't been missing it at all.

Some days I'll have a few berries or a banana but generally I've felt the COOK meals are enough to see me through the day.

I have found, however, that it's true what they say in that breakfast is definitely the most important meal of the day. One morning I had fruit and yoghurt which would have normally been fine but on that particular day I had a lot of running around to do and by the time I finally sat down for lunch I was wilting a bit. Since then I'll try to be aware of what my morning has in store and eat accordingly.I've found a slice of whole meal toast or some porridge is best for hectic schedules! 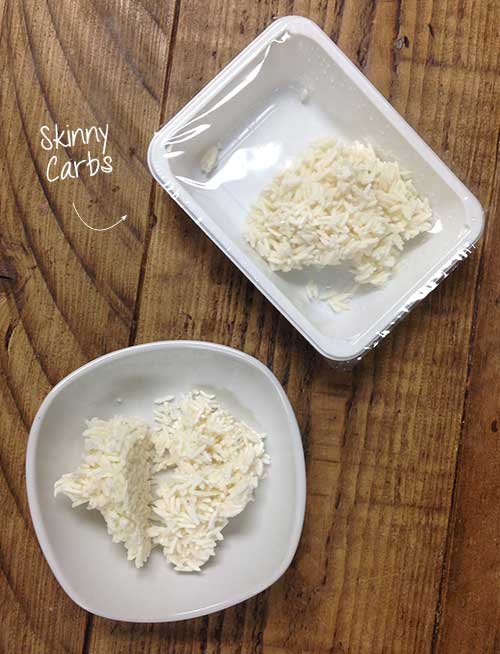 'Skinny Carbs' is a great way of eating a little bit less; simply eat half a COOK side portion of rice or couscous, instead of a full portion.

Our basmati rice has 232 calories per one portion - so if you only eat half, you immediately save 116 calories. Our nutritionist reckons that if you're trying to lose weight, as well as excercising, you should be aiming to eat 500 calories less a day. For women, this means eating on average 1,500 calories a day instead of 2000.

Our meal planner shows how this would work. 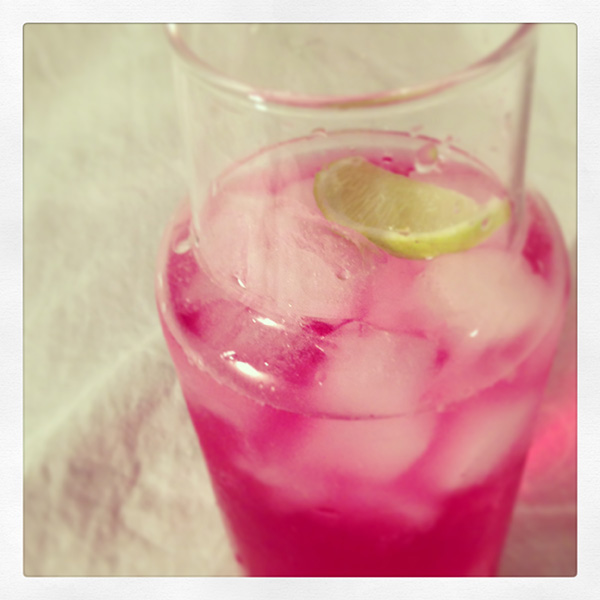 Wine contains calories. A whopping 190 in a large glass in fact, so it’s time to find alternatives for January whilst we try and eat and drink a bit more healthily. This mocktail is no substitute for wine, but it looks and tastes so delicious you won’t mind skipping the odd glass of merlot.

Otherwise known as Jemima’s Ultimate Diet Salad. Whilst she was doing the diet experiment last year she found this recipe to be a delicious staple. These 3 ingredients combine to make a refreshingly crisp salad, perfect for calorie counters.

Most of us are back to work today - but don't fret, be downhearted, or feel stressed. Just don’t. It’s a new year, exciting new opportunities lie ahead AND we’ve got a happy Feel Good January desktop download to add a little fun to your working day. There was the risk it might make some people feel mildly dizzy, but the possibility of people wanting to do a little dance or clap their hands won out.

Download yours by right clicking on the image below and selecting 'Save Image As'. 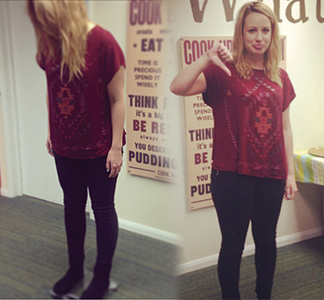 Last year, Jemima. This year, Hannah! Some of you may remember that this time last year our Digital Marketing Guru Jemima followed our meal planner for January, with great results. This year, one of our designers Hannah faced the scales...

Stepping on to the scales was quite a big deal for me, I think the last time I actually weighed myself was about a year ago and that was just because I was at the doctors for a check up.

She told me I had gained a little but my BMI was still fine so that was okay by me. Since then I have gone from an active job to sitting at a desk for hours every day and my gym membership hasn't been used since October. The only exercise I get is the mile walk to and from the train station every day. Not good.

The scales are scary so I generally go by how well my skinny jeans are fitting me and I have to admit that over the past six months they have gotten about as snug as is possible without popping open when I bend over to tie my laces. I have to do a little dance in the morning to get myself into them followed by a few lunges to stretch them out a bit, all of which my boyfriend finds hilarious.

It's a well known fact that breakfast is the most important meal of the day, yet it's the one we all tend to skip. Throughout January, we will be giving you some delicious recipes for hearty and healthy breakfasts that will set you up for the day. To start with here are two porridge recipes, one from a super Swedish Foodie and another from our friends at Wild at Heart. 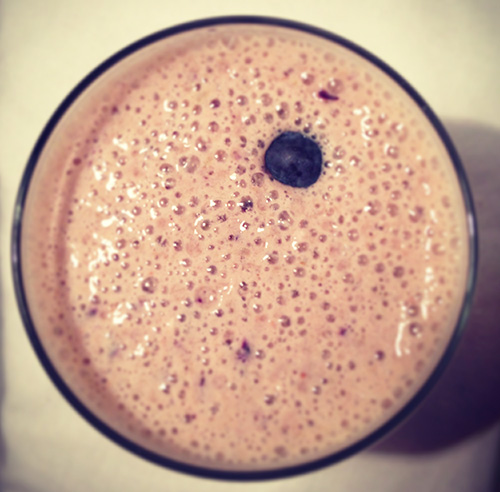 If, like us, and thousands of others one of your New Years resolutions is to eat more healthily and lose a little of that excess Christmas weight, then you’re in the right place. As well as our fabulous new pots which are all less than 400 calories and 14g of fat, we’re bringing you a little tip a day to help you turn your diet into a treat. Starting with this delicious superfood smoothie from Lyndsay.