As part of our birthday celebrations, we asked some members of the teams for their thoughts on 20 years of COOK, with some moving, insightful … and surprising results!

“We were employee number three and four! We’ve seen many come and go and weathered many storms, helping to steady Dale’s sometimes rocky ship … which has now become a luxury cruise liner! Best wishes on your 20th Anniversary” 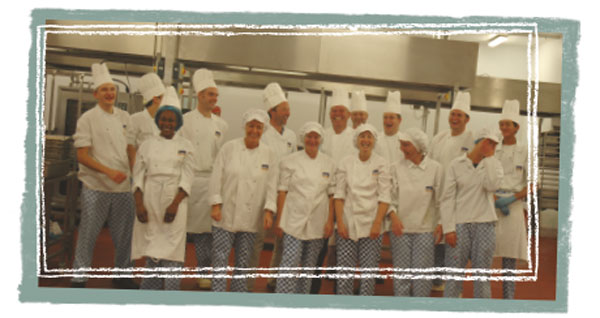 “I feel truly blessed to be part of a business that is so much fun, defines success by more than just making money, and puts relationships at the heart of their business. When I reflect on my first few months, when I had to show bailiffs around the kitchen after the recession hit in early 2008, and where we are now, I am so excited about the next 20 years. Thank you to everyone – you are all wonderful people!”

“I love working at COOK and what it stands for. It still makes me chuckle when customers pretend they have made the dishes and are asked for the recipes.”

“I count myself incredibly lucky that I never have that dreaded Sunday night feeling that so many people have and that is purely down to the people that I work with and a business that I am proud to work for. We are a family and we care for each other and that is just…awesome!”

“It's been sweet! It's been remarkably sweet! How we have all grown. None of the initial ethos and beliefs have ever been abandoned … but actually built on and strengthened. And to think I very nearly didn't bother taking those first samples down to the Tonbridge office to show Edward...” 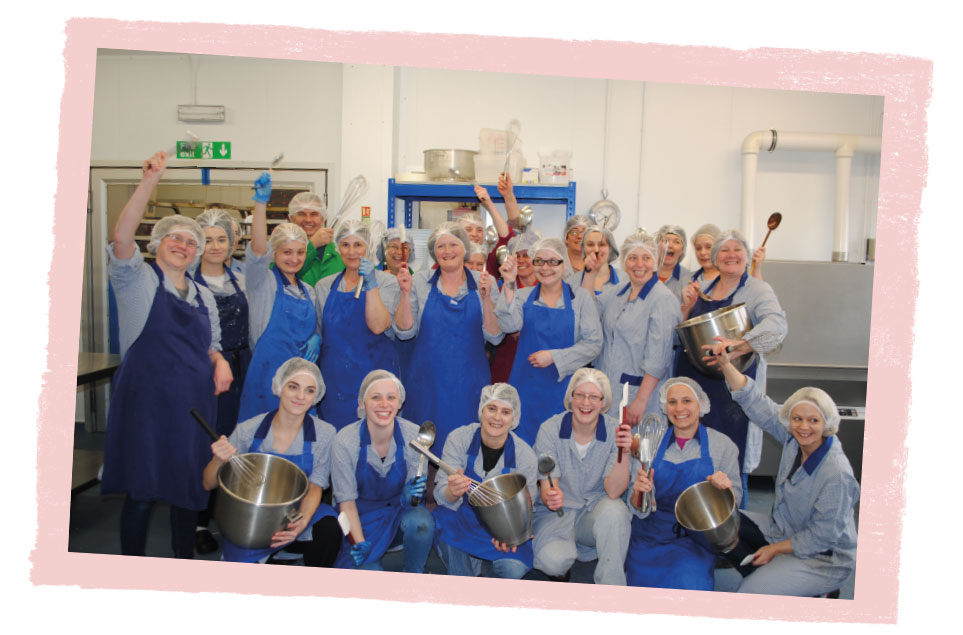 “When I came to COOK in the summer of 2007 it was either that or be a beach bum as I had had my fill of the multiples … If I hadn’t seen the new site (our current kitchen) that Dale was so proud of, I may well have carried on walking but as it was he gave me the job (I’m sure he’s regretted it many times since!). I’ve seen phenomenal change since then and every day is a challenge which is what, makes it all so much fun!”

“I initially joined in February 2001 when Tonbridge was a coffee shop called ‘Coffee Call’. The most important aspect of COOK for me is the drive to build strong relationships between staff and customers, like Eric, who used to visit us regularly. His daughter told us how he loved coming in and chatting with us. We ended up decorating his birthday cakes for him every year, eventually reaching a hundred. After he sadly passed away, his daughter wrote such a lovely letter thanking us for our kindness towards him. It's a pleasure to work within such a great team of people.”

“My first full day at COOK, I ended up in A&E as Dale accidentally planted a knife in my thumb, resulting in 4 stitches … but, hey, I stayed and I’ve been at COOK for 15 years now. Mental, I know but this says it all. I am very excited about what the future holds and where COOK will get to.”

“It's such a joy and a privilege to work with friends, family and so many brilliant, committed people. COOK has taught me so much: that people are truly amazing, that my cooking is deeply average, that dreams can be achieved, and that walking over hot coals is preferable to public speaking. So keep dreaming everyone ... And may the wind be behind us all for the next 20, wherever it may take us.”

“At the end of the day, a business is just a bunch of people being pointed in the same direction. It’s a genuine privilege to come to work each day and be among such great people. It means it’s not really work but mostly play and can be easy to take for granted. We should all try hard not to. The simple fact is that the world needs more companies like COOK. What a wonderful opportunity for us all.”

“At my final interview with James and Ed at Tonbridge, yours truly arrives booted and suited on a hot August day and was a bit surprised when James pitched up: shorts and t-shirt, bare feet. Ed was the same. I didn’t know what to think! But it’s 15 years at COOK for me now. Great company.”

“In July 2010, I was given a laptop and a desk in Sittingbourne with a remit to set up a distribution service. We launched in October 2010 with three rented lorries delivering to 43 shops from a rural farm with a snowy Christmas looming. Here we are, six and half years later, with a great team in a proper Distribution Centre with a modern fleet delivering to a business that has more than doubled in size. What a ride it’s been and here’s hoping for more of the same.” 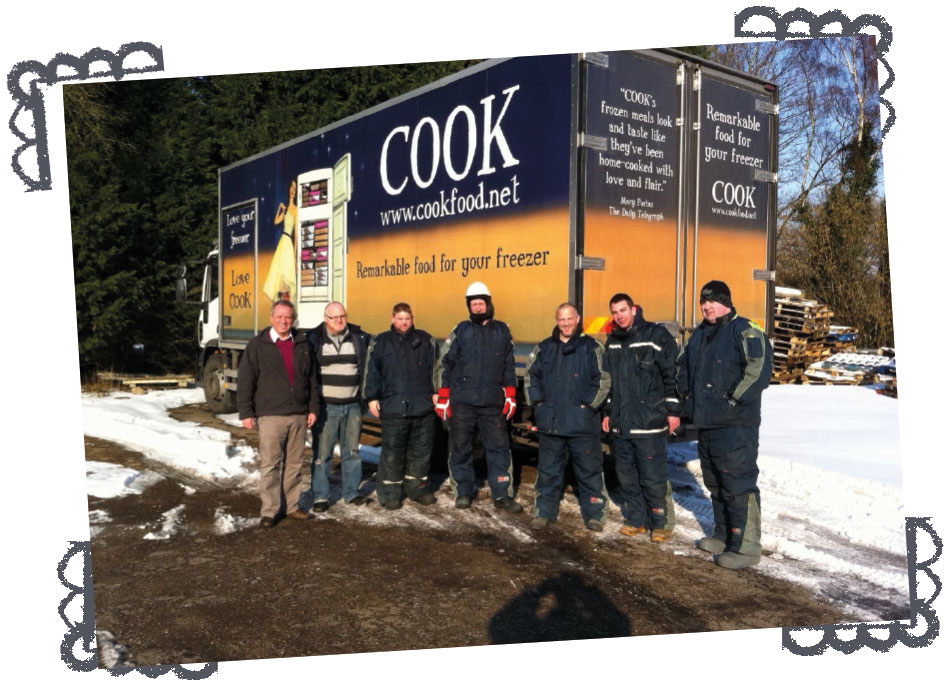 “20 years on and it’s even better than what we imagined it was going to be when we chatted about it in the pub on so many occasions.”