How to make … a COOK curry sauce

‘Bhunaring’ is a COOKism for the first stage in making our delicious Indian curries. But, while we might have made up the word itself, the technique is as old as the hills – it’s the tradition cooking method used by Indian chefs all over the world.

It’s more of an art than a science and it will take a bit of practice (plus there’s a fair chance it will make your kitchen smell like a takeaway) but master it and you’ll soon be creating your own signature curries.

2. Add diced or sliced onions (and diced chilli, if you’re not using chilli powder), season and cook until soft.

3. Add ground spices (the blend depends on the curry, but many restaurants will have use the same one for all their dishes) and chopped tomatoes and cook on a low-to-medium heat. The tomatoes stop the dry spices sticking to the pan.

4. 45-60 minutes later, the base will have thickened considerably and the oil come to the top.

Bhunaring complete! Now you can build on this base to give the sauce on its personality: so coconut cream and ground almonds for a Korma; stock, tomato puree and other goodies for a Madras; and so on. 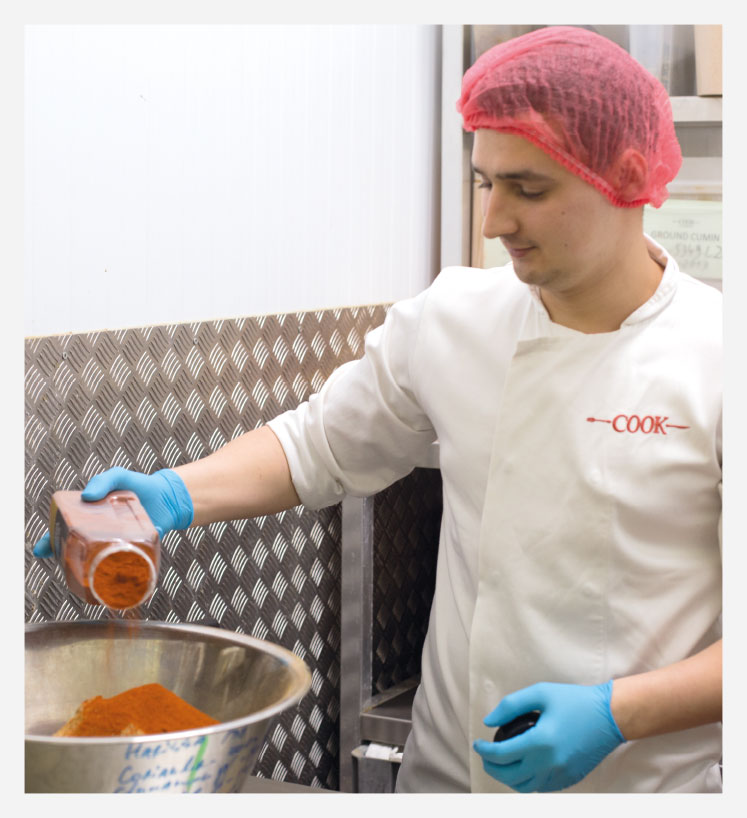